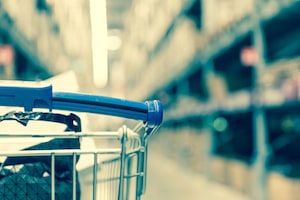 If you have been injured or hurt in any way at a Walmart in Naples, you should consult with the best Naples personal injury lawyer you can find as soon as possible. Recovering damages from Walmart can be a difficult task. The first few steps after the accident are crucial for proving that you were injured due to the negligence of Walmart.

It is important to get on the right track right from the beginning because the burden of proof is on you as the one making the claim. You're the one that must prove that someone else is liable for your injuries and that you should be compensated for that. Do you know how to prove that? If not, call our Naples Walmart accident lawyers at the Wolfson Law Firm for help. You can call us at (239) 777-9954 for your free consultation. You pay nothing until we recover for you.

Naples is a small city, yet the largest in Collier County. It lays on the Gulf Coast, next to North Naples on its northern border, and East Naples on the east. Naples is well connected with Fort Myers and Miami through the Interstate 75 Highway (Alligator Alley) and the Tamiami Trail.

The City of Naples earns money mostly from ecotourism. Ecotourists go there to visit the Everglades and the Ten Thousand Islands, but there are other interesting historic points of interest, such as The Naples Players, Theatre Zone and the Naples Botanical Garden.

Walmart has a strong presence in Florida. They are all over the Sunshine State, which comes second on the list of US states with most Walmart stores just behind Texas. In Naples, there are six Walmart stores. They can be found on the following locations:

If you have been injured in a Walmart accident in Naples, it is possible that it was caused by one of the following negligent actions:

The Naples Walmart accident attorneys at the Wolfson Law Firm are available for free consultations at any time. Call us at (239) 777-9954 and learn about your options and your compensation options. We handle cases on a contingency basis, so you'll pay us no fees unless and until we recover for you.